Implantation is the key limiting step in assisted reproduction techniques (ARTs) and determined by embryo quality as well as endometrial receptivity.1 Preparation of the endometrium depends on ovarian steroid secretion and in natural cycles leads to an optimal time window for implantation and successful pregnancy at 8 to 10 days following ovulation.2 Early signaling from the implanting embryo via secretion of hCG is indispensable for the rescue and maintenance of the corpus luteum (CL) and its role in supporting early pregnancy.3 In ART cycles, COS leads to supraphysiological levels of steroid hormone secretion and the subsequent need for LPS.4 Therefore, existing data on the steroid secretion profile in the luteal phase of spontaneous conception cycles and its predictive value for pregnancy outcome need to be discussed against the background of preceding COS.5

The clinical significance of luteal phase hormones, such as estrogen (E2) and progesterone (P4) in predicting pregnancy after controlled ovarian hyperstimulation (COH) protocols for IVF or ICSI is still poorly understood. Several reports exist on the prospects of hormonal profile in the luteal phase for the diagnosis of early pregnancy.6-8 However, hormonal events of the luteal phase subsequent to various stimulation protocols remain controversial.9 The aim of the present study was to investigate the role of midluteal serum E2 and P4 level in predicting successful pregnancy in patients undergoing IVF/ICSI.

This study included 115 women aged 20 to 40 years who underwent IVF/ICSI cycles in the Institute of Reproductive Medicine and Women's Health, Madras Medical Mission Hospital, Chennai, India, in the period between March 2015 and February 2016. Adequate approval from the Ethical Committee of the Institute was obtained prior to the study. After selection, women received gonadotropin-releasing hormone antagonist (Cetrorelix) protocol. There was close monitoring of the ovarian response with transvaginal ultrasonography (TVS), serum estradiol (E2), and luteinizing hormone (LH) measurements. When at least three follicles were >18 mm in size, women were administered 10,000 IU of hCG to stimulate the LH surge. They underwent TVS-guided oocyte retrieval 35 hours later. Oocytes were fertilized by single sperm injection (ICSI) and maximum three embryos were transferred into the uterine cavity either on day 2 or day 3 after oocyte retrieval. After embryo transfer (ET), all women had similar LPS (natural micronized progesterone 400 mg vaginally twice a day and 100 mg intramuscular progesterone on alternate day). Pregnancy was detected by β-hCG measurement on day 16 after ET (ET + 16) and TVS was performed 1 week later and onward. Clinical pregnancies were followed for at least 20 weeks. The E2 (pg/mL) and P4 (ng/mL) were measured by chemiluminesence. Blood sample collection was done on two separate days as mentioned below:

Statistical analysis was performed with Statistical Package for the Social Sciences version 21 (SPSS Inc, Chicago, Illinois, USA). The quantitative variables in the independent groups were analyzed by Student's t-test (if variable had normal distribution) or by Mann–Whitney U test (if the variable did not have normal distribution). The qualitative variables among the groups were compared by Chi-square test; p-value less than 0.05 was taken as significant.

Number of patients in pregnant and nonpregnant groups 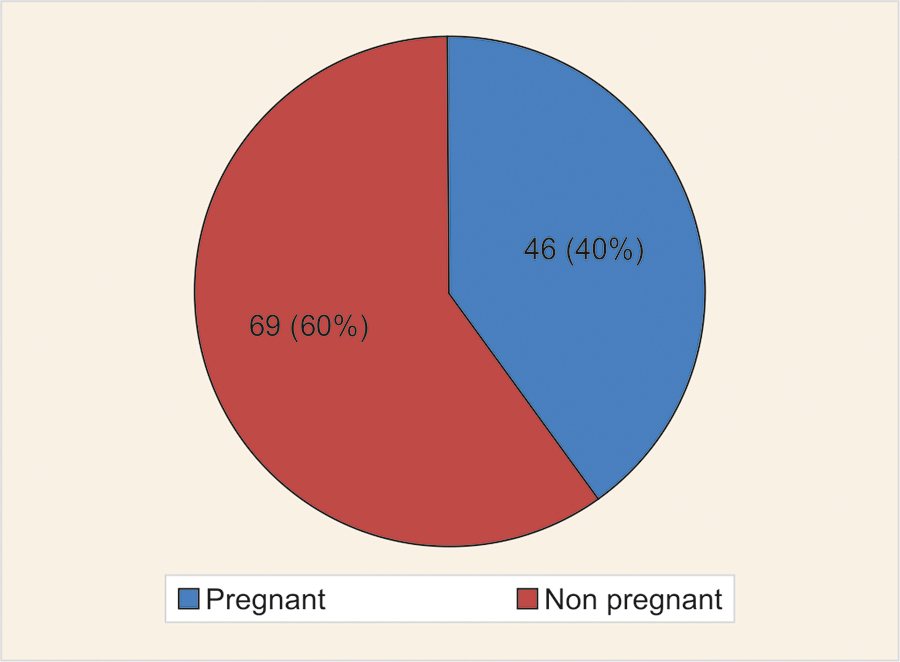 The receiver operating characteristic curve for P4 at day 9 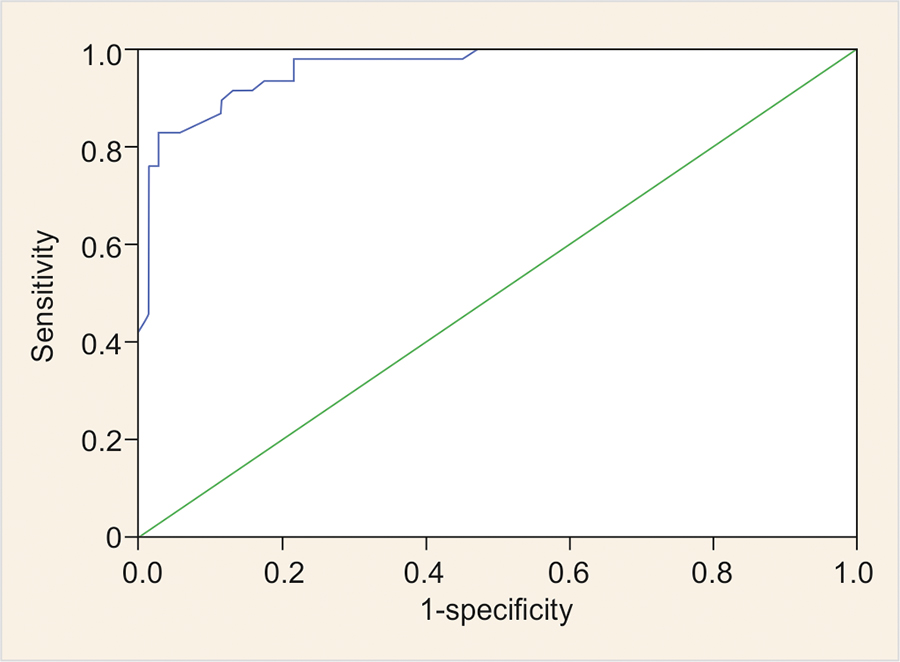 Table 1: Comparison of clinical data between pregnant and nonpregnant women

We found that cases which showed an increase in E2 and P4 were associated with 77.9% pregnancy rate and 64.4% of these pregnancies were ongoing. On the contrary, in cases with decreased E2 and P4 levels, 91.2% failed to achieve pregnancy. There was no significant increase in pregnancy rate in group who received rescue hCG (Table 4).

It is well known that a functional CL secreting specific hormones is a major prerequisite for successful implantation. The surgical removal of the CL immediately induces a miscarriage and this clearly indicates that CL activity correlates to the outcome of pregnancy. For a successful implantation, in addition to healthy embryos, a functional CL is necessary for the development of a receptive endometrium.7 Differences between E2 and P4 between pregnant and nonpregnant women measured as early as ET + 9 and despite LPS with exogenous P4 underline the paramount impact of early embryo signaling to the CL and resulting steroid secretion and on the outcome of IVF/ICSI therapy. Furthermore, the results of this study highlight the value of P4 and E2 measurement during the luteal phase as potential markers for clinical pregnancy. Table 3 demonstrates a markedly higher E2 and P4 levels in the pregnant group. This trend may be attributed to CL rescue after implantation.10 In our study, serum E2 and P4 levels were estimated on ET + 9. Implantation is expected to have occurred by this day. The initial rise in the midluteal E2 level in pregnant women can be explained based on the two-gonadotropin, two-cell concept. Estradiol secretion by the follicle depends on the combined stimulation of LH and FSH on the two cell types, the theca and the granulosa cells. After ovulation, with LH-mediated activity, small luteal cells derived from the theca cells produce androgen and large luteal cells derived from the granulosa cells cause aromatization of androgens to E2s. Furthermore, rise in E2 level in the late luteal phase may be attributed to hCG secreted by the implanted embryo.11 Serum progesterone has been advocated to be the single most powerful predictor of pregnancy outcome.12 However, there is conflicting evidence when this is tested in COH protocols that use progesterone luteal support. The significant higher mean values of serum P4 and E2 level of pregnant group on day 9 of ET in our study confirms the findings of previous studies of Elson et al,13 Ioannidis et al,12 and Gruber et al.8 In addition to exogenous progesterone supplementation, serum progesterone levels were significantly elevated, from day 9 of ET, while women who failed to conceive had very low serum progesterone levels at this time despite exogenous supplementation and rescue hCG. Women with ongoing pregnancies had significantly higher luteal serum E2 and P4 levels compared with day 0 E2 and P4 levels and those who failed to conceive. Endogenous progesterone is sufficient in viable pregnancies. These high levels are suggestive that endogenous progesterone is already sufficient in viable pregnancies and that exogenous progesterone administration will not rescue a pregnancy destined to result in a miscarriage.12

The receiver operating characteristic curve for E2 on day 9 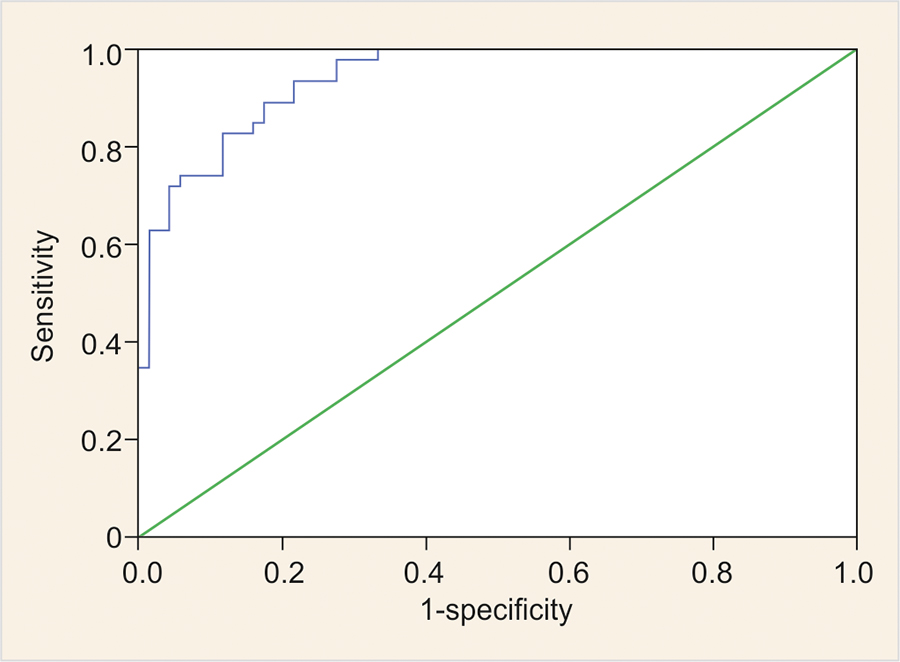 Evaluation of luteal phase E2 and P4 level is a promising diagnostic and prognostic parameter for the prediction of pregnancy in IVF/ICSI treatment cycles. This may reduce the anxiety for patient and assist the clinician in early pregnancy monitoring and may help to counsel the stressed-out patients.